Filmed during 2020, artist Lana Locke's autobiographical reflection on her gendered responsibility as a mother for the domestic laundry, becomes a vehicle for considering wider global issues through the crises that emerge during the film. Shot between gentrifying South East London and rural Queensland, her own chaotic domestic environment and that of her parents are intercut with confronting and humourous found and archive footage. The laundry here draws out multiple threads, demonstrating the dense entanglement of colonialism, white privilege, and patriarchy, with the political and ecological causes of Australia's 2020 forest fires, and the coronavirus pandemic.

Lana Locke is an artist working across a range of media including installation, painting, sculpture, video and performance. She is interested in the idea of the 'feral' - between the wild and the civilised – and how it feeds into social, material and feminist concerns. Her first painting exhibition, I never could drink like Francis Bacon, in May 2019 was her debut show at the gallery.

Lana Locke’s second solo show with the gallery, Making (Babies), transforms the basement space into a semi-domestic environment where Locke continues to explore her interest in the ‘feral’, as an out-of-place existence, between wild and domestic spheres.

Here relics of procreation and child-rearing appear as creaturely waste that has outlived its above-ground functionality. Billowed underwear and children’s garments float like sailboats dried out from a flood, some papered with brown tape, others shaped only by liquids – PVA, glass-wax and paint- which dribbles onto doggy pee-pads and drawings of nappies, like splattering’s of bodily fluids.

Her videos Making (Babies) (2019) and Mother’s Milk (2016) reveal in gory, humourous detail some of the practical problems she faces in pursuing her art practice whilst managing her gendered responsibilities as a mother. Yet her approach is not to wear motherhood as a fixed, heteronormative identity, but to break it into clumsy, bodily fragments: precious, fleeting and borne out of manual - as much as reproductive - labour.

A repetition of hermaphroditic sexual organs punctuate the installation – from a bronze male bedpan with caesarian-cut and labial-head, to a John Terry Chelsea FC shirt, pregnant with ball and sporting bright-pink kicking-legs that lead to both an open womb and a male erection.

The reclining figure in Locke’s painting Four and Twenty Blackbirds (2019) is similarly double-sexed, but the golden-beaked birds that emerge from its brown-paper belly seem to speak as much to the treasure and trash materiality that surrounds it as to any reproductive biology. 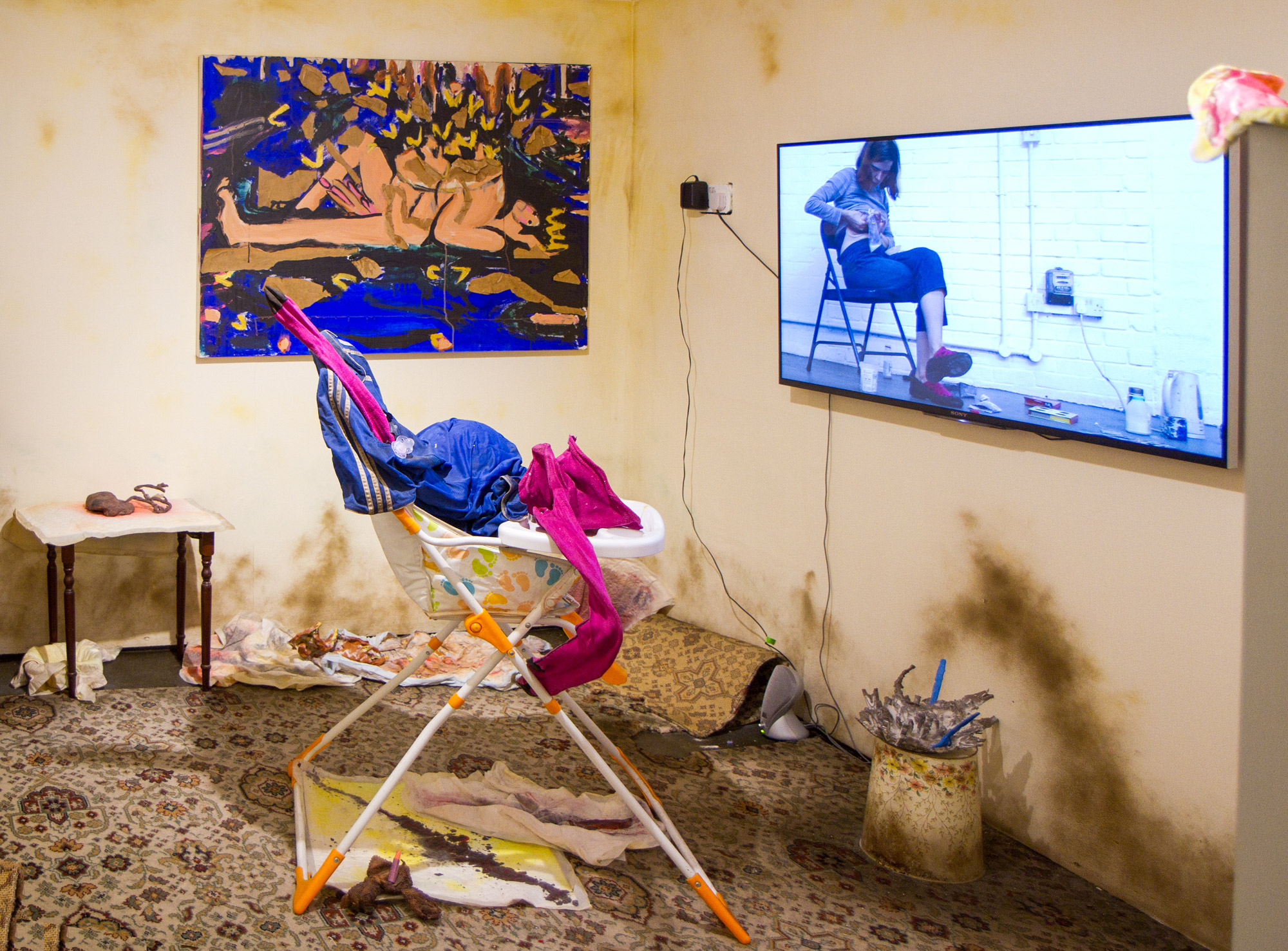 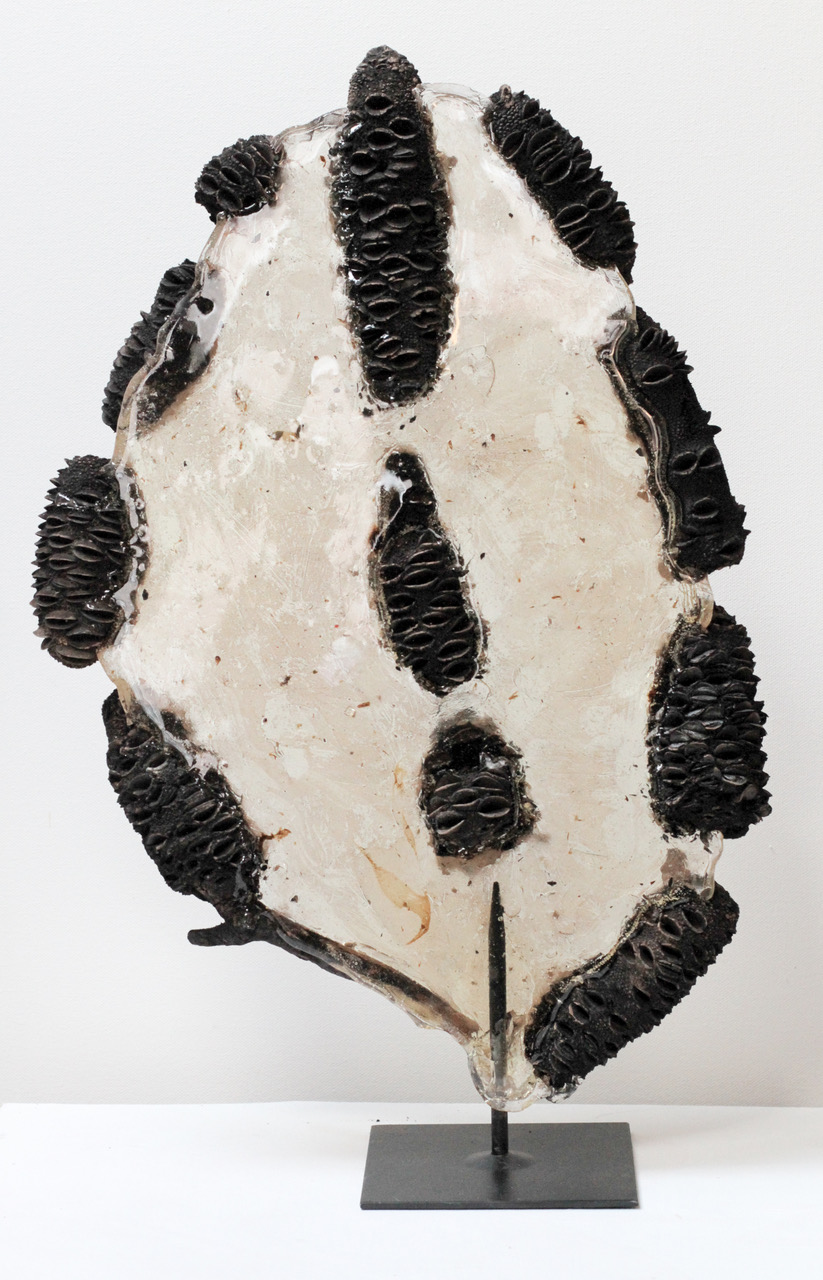 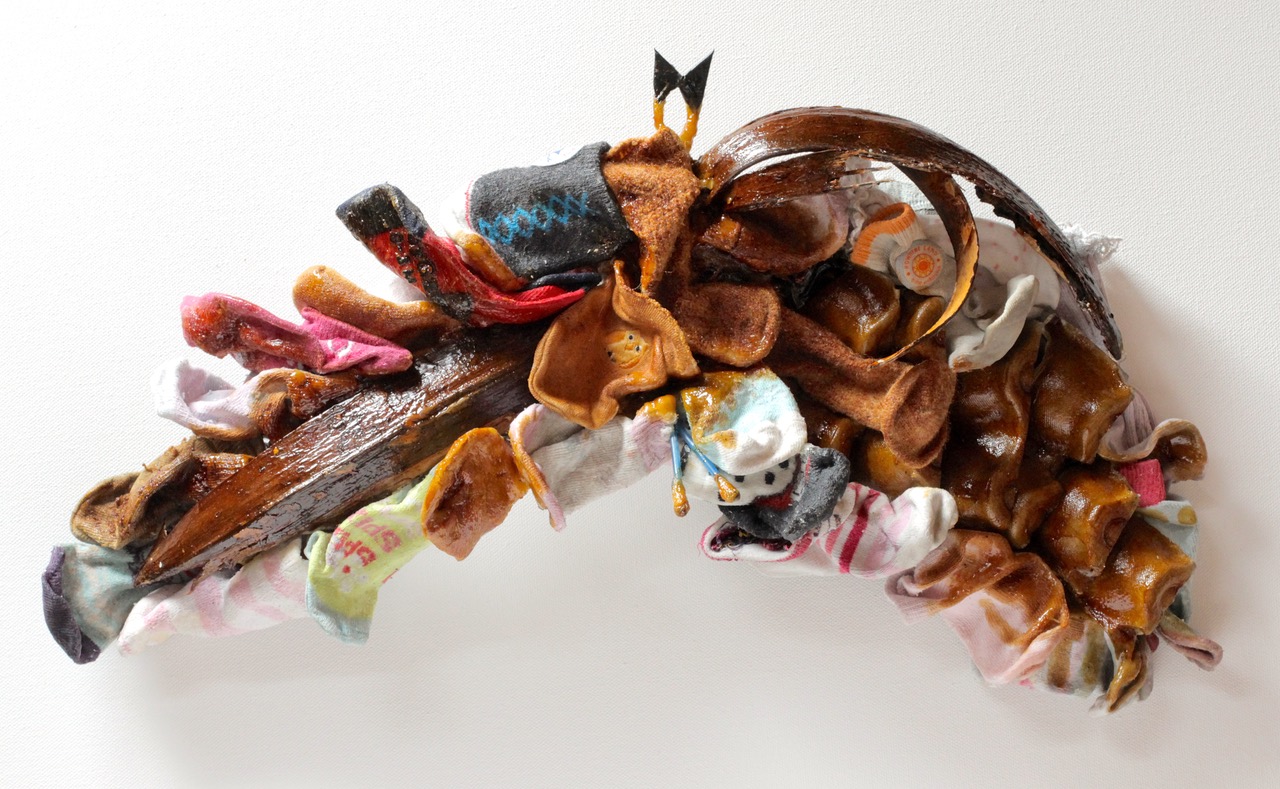 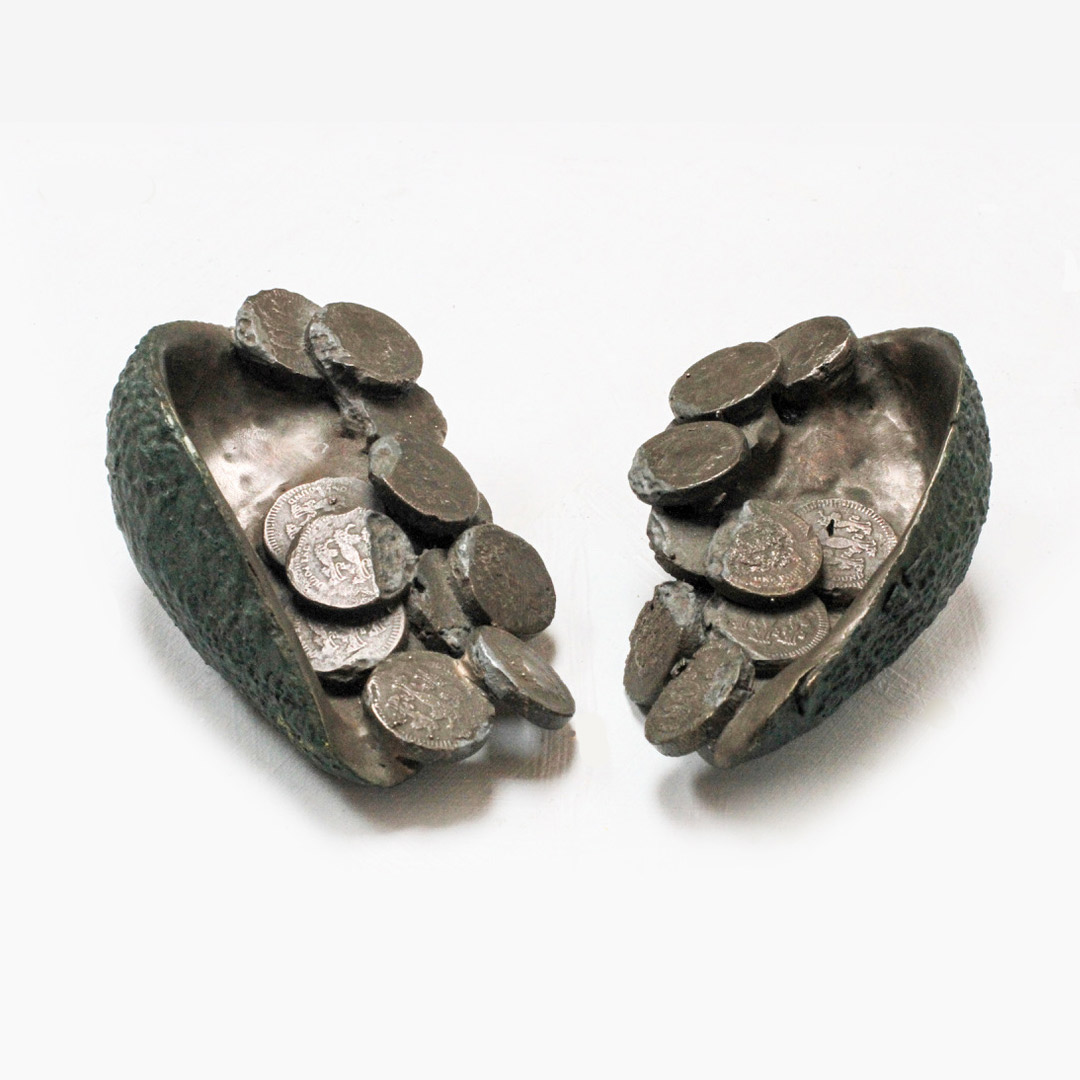 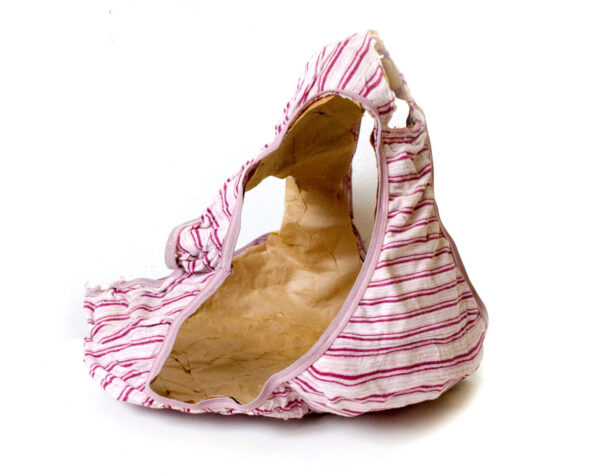 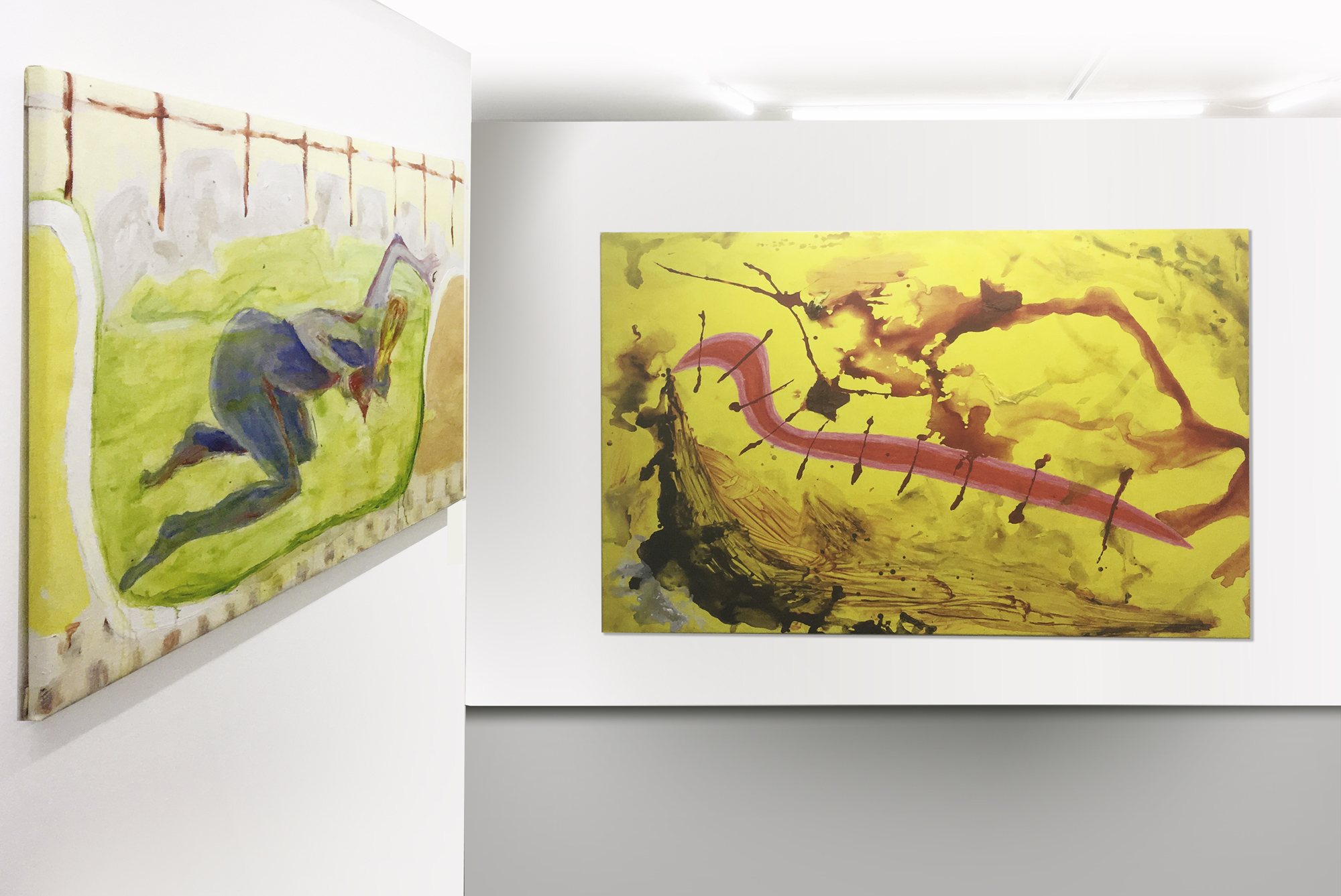 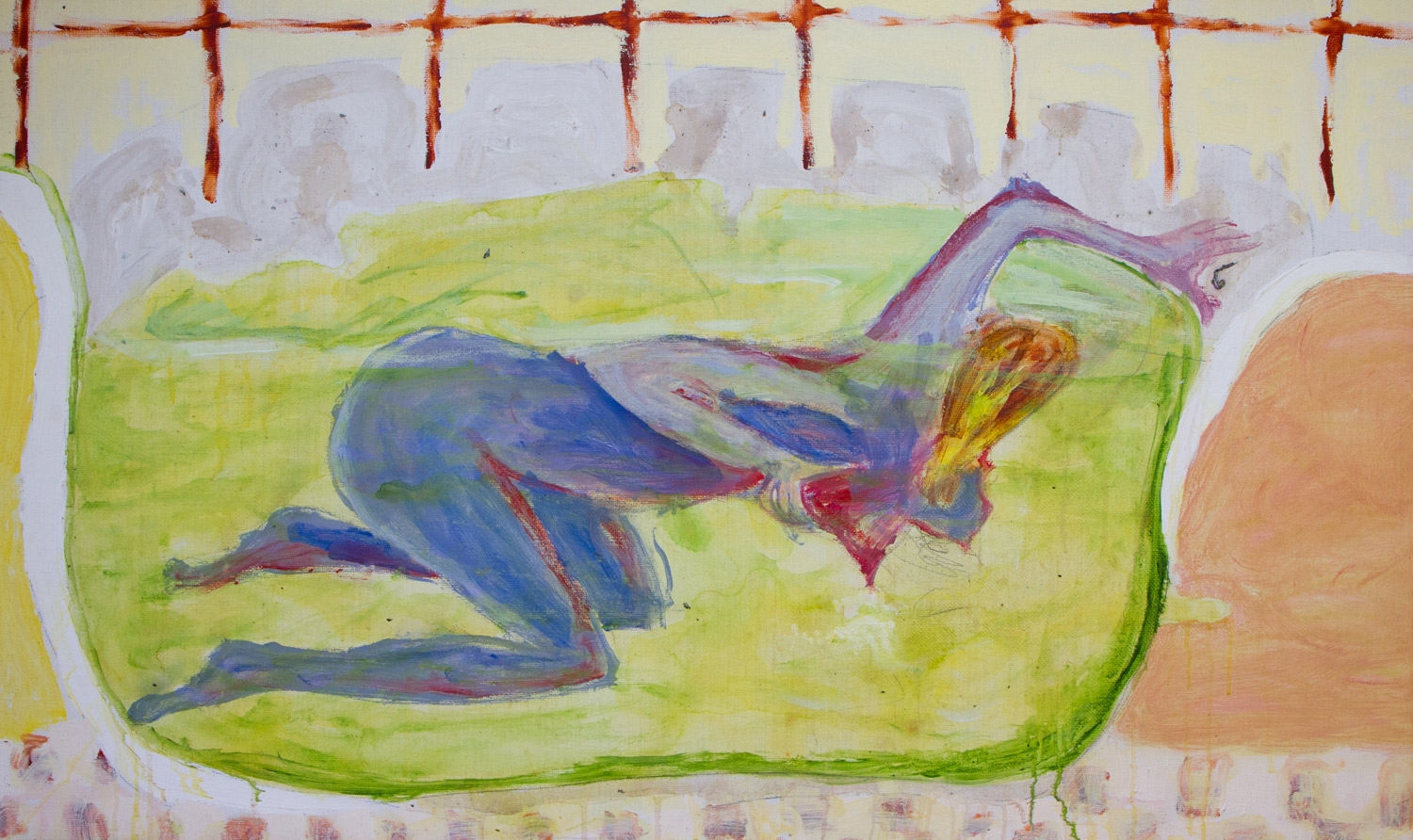 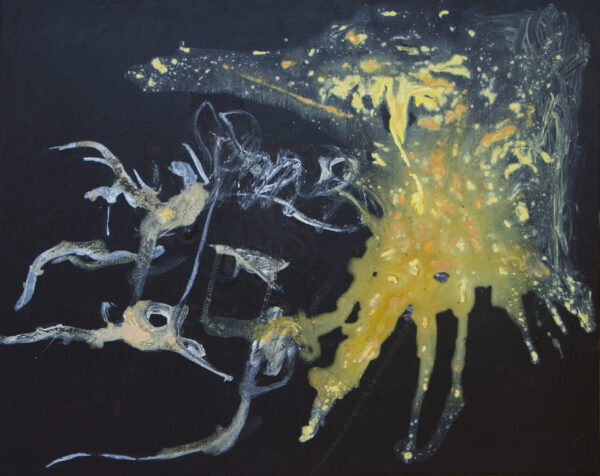 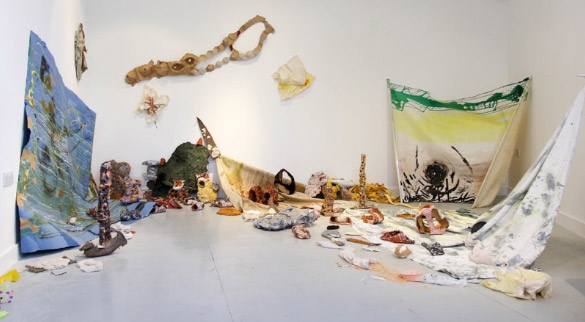 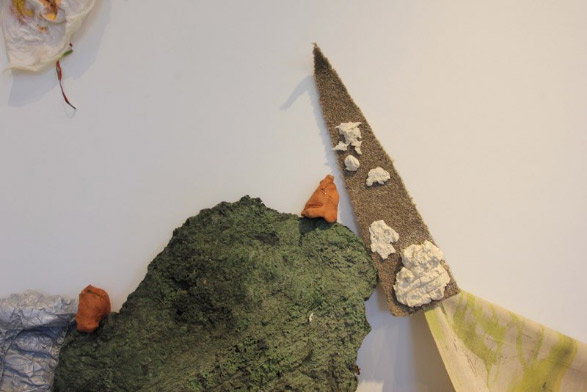 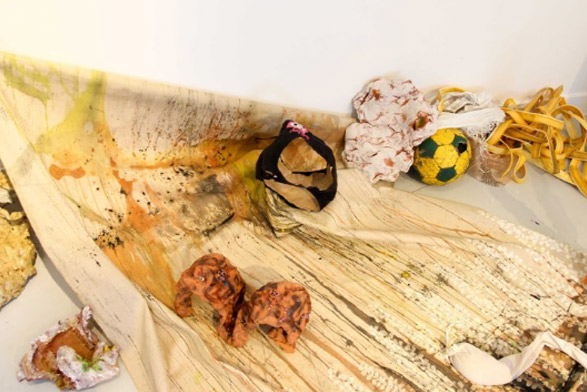 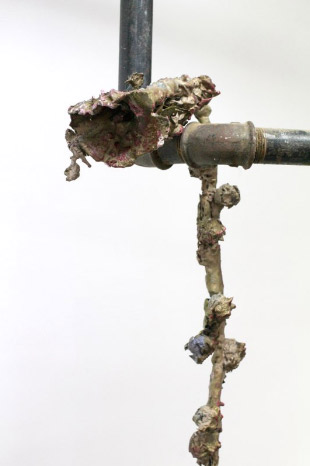 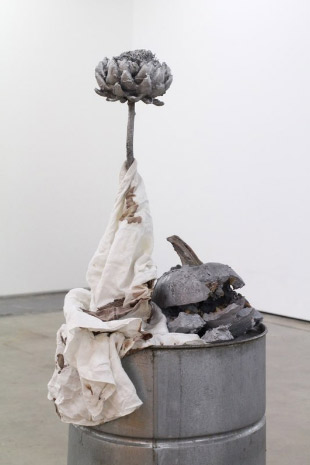 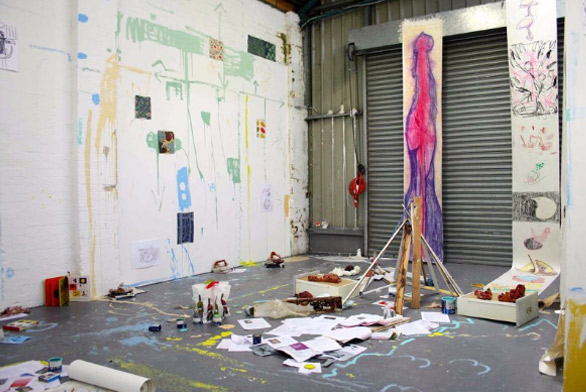 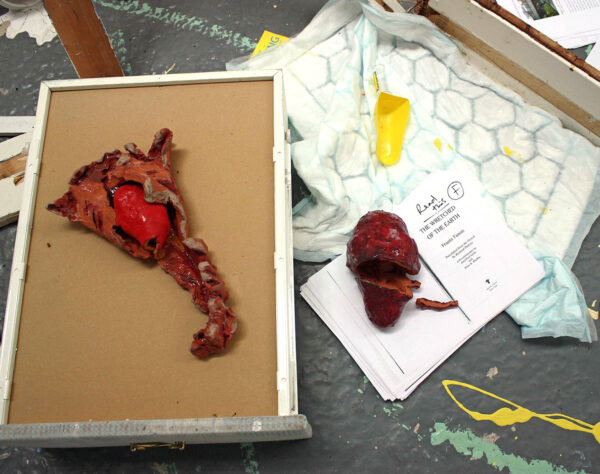 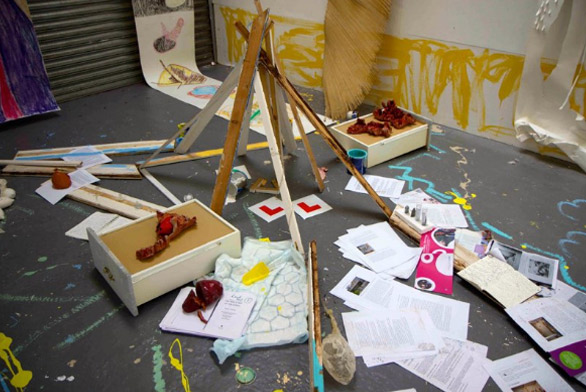