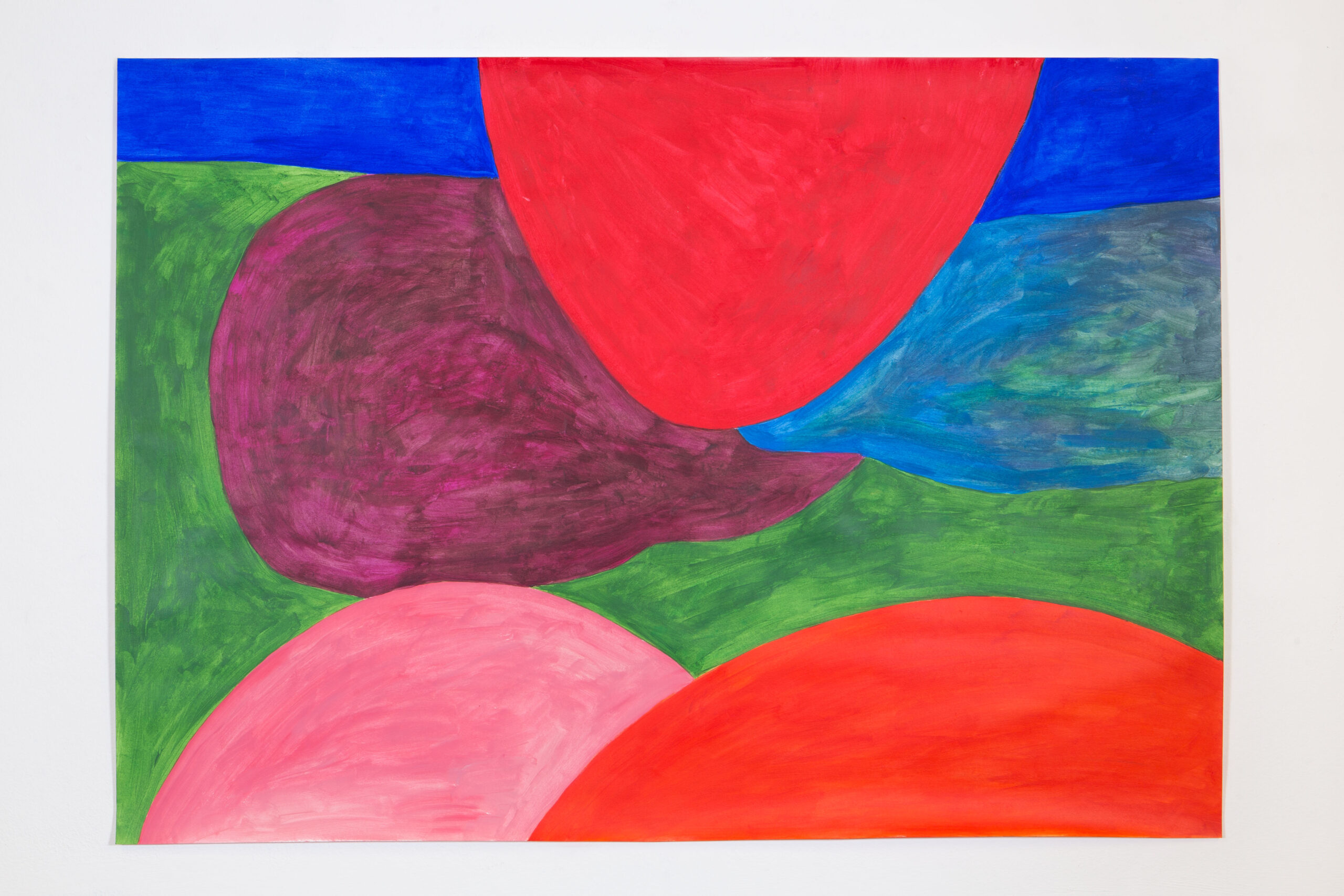 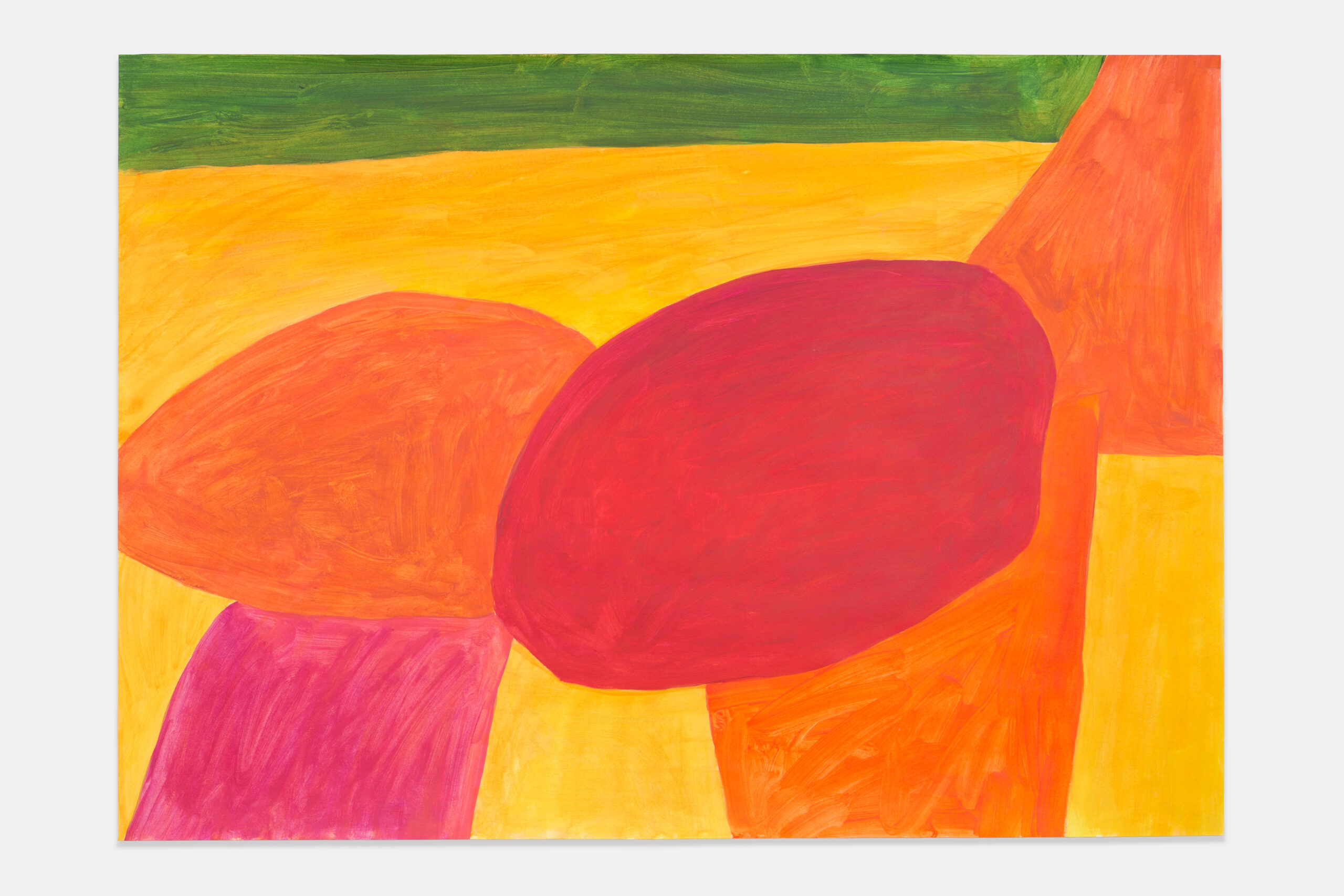 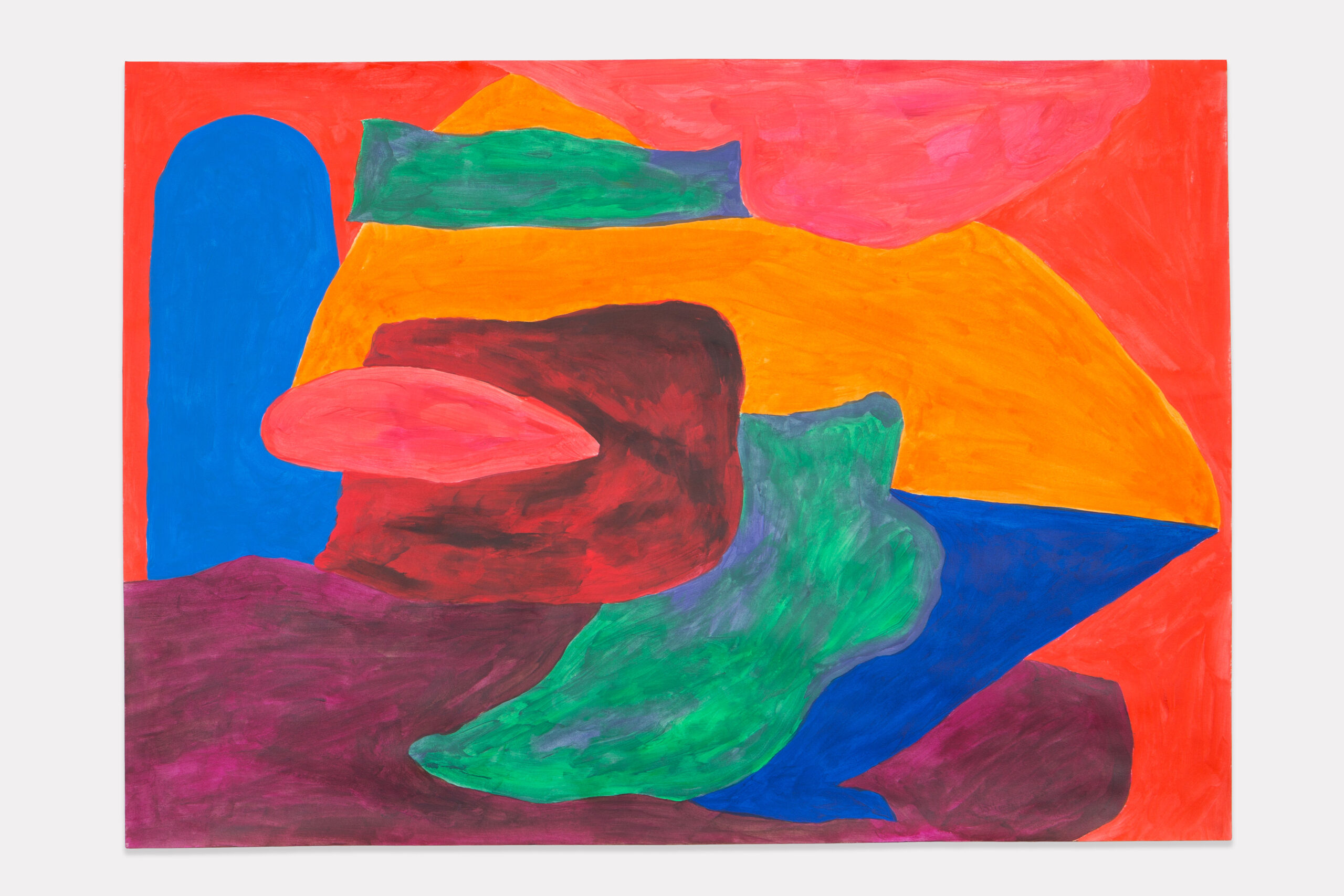 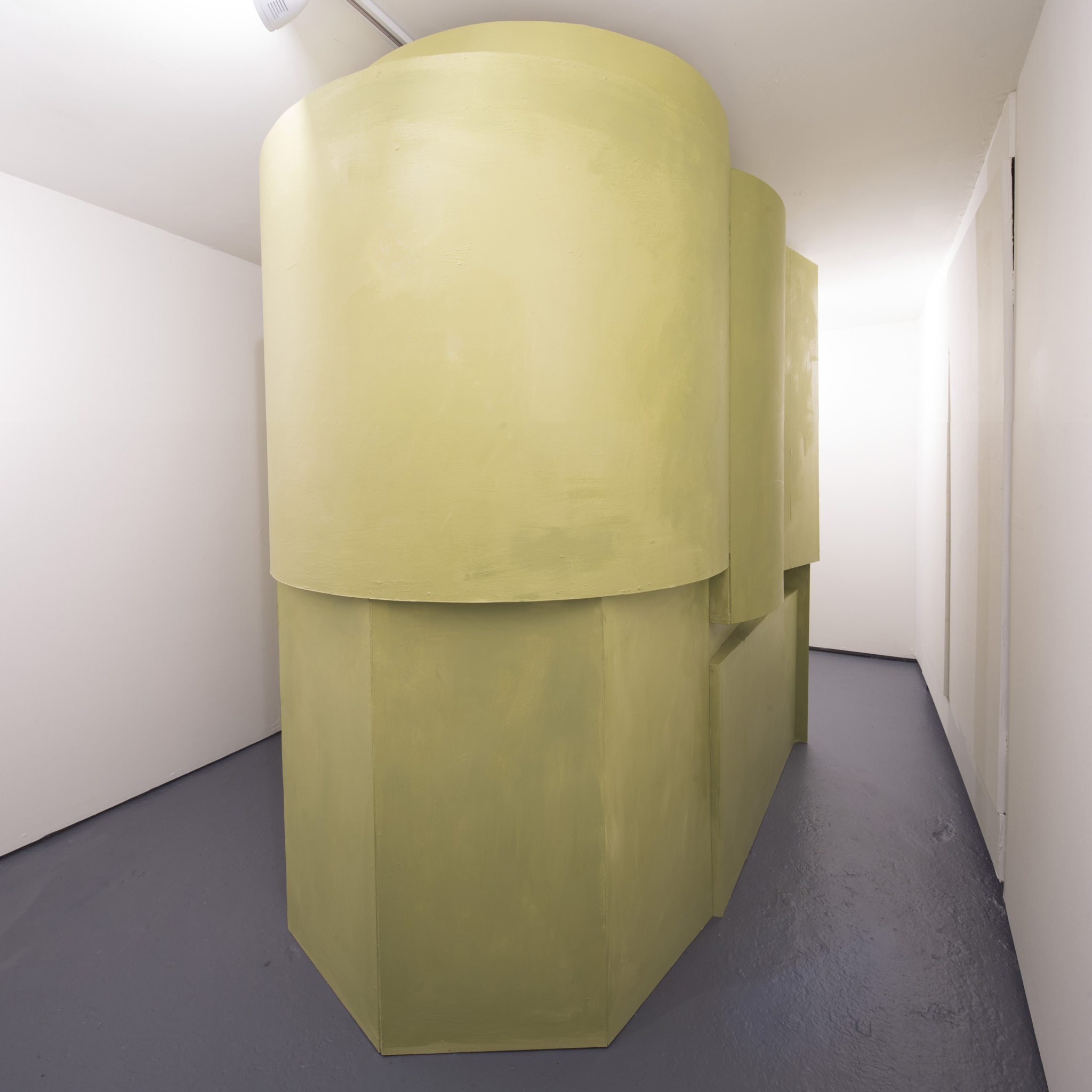 Jack Killick's sculptures are often made up of large-scale forms and objects that are arranged in complex installations where mass and volume are determined by the space within which they find themselves. Taking inspiration from his surroundings Killick creates imposing installations that can be at once intimidating and mischievous. He builds 'anti-monumental' sculptures from inexpensive, household materials such as cardboard, fabric, plywood, polystyrene, scrim and plaster, leaving the seams of their construction visible, revealing the methods of their making.

Jack Killick’s most recent paintings boast influences from Arte Povera to Pop Art making bold use of colour and form as a means of expression. The resulting works appear fluid and compelling, heavily stylised forms are rendered in flat blocks of colour and architectural themes appear as a framework for exploring space both physically and mentally.

In Killick’s paintings the entire surface of the paper or board is a coloured ground, emphasising the encounter between an object and its surroundings sharing the intense physicality evident in his sculptural work. The resulting works are fluid and incredibly dynamic, making bold use of colour as a means of expression. Heavily stylised; abstract forms are rendered in flat blocks of colour, rejecting a superficial narrative in favour of a synthesis of thought, feeling and poetic imagination. 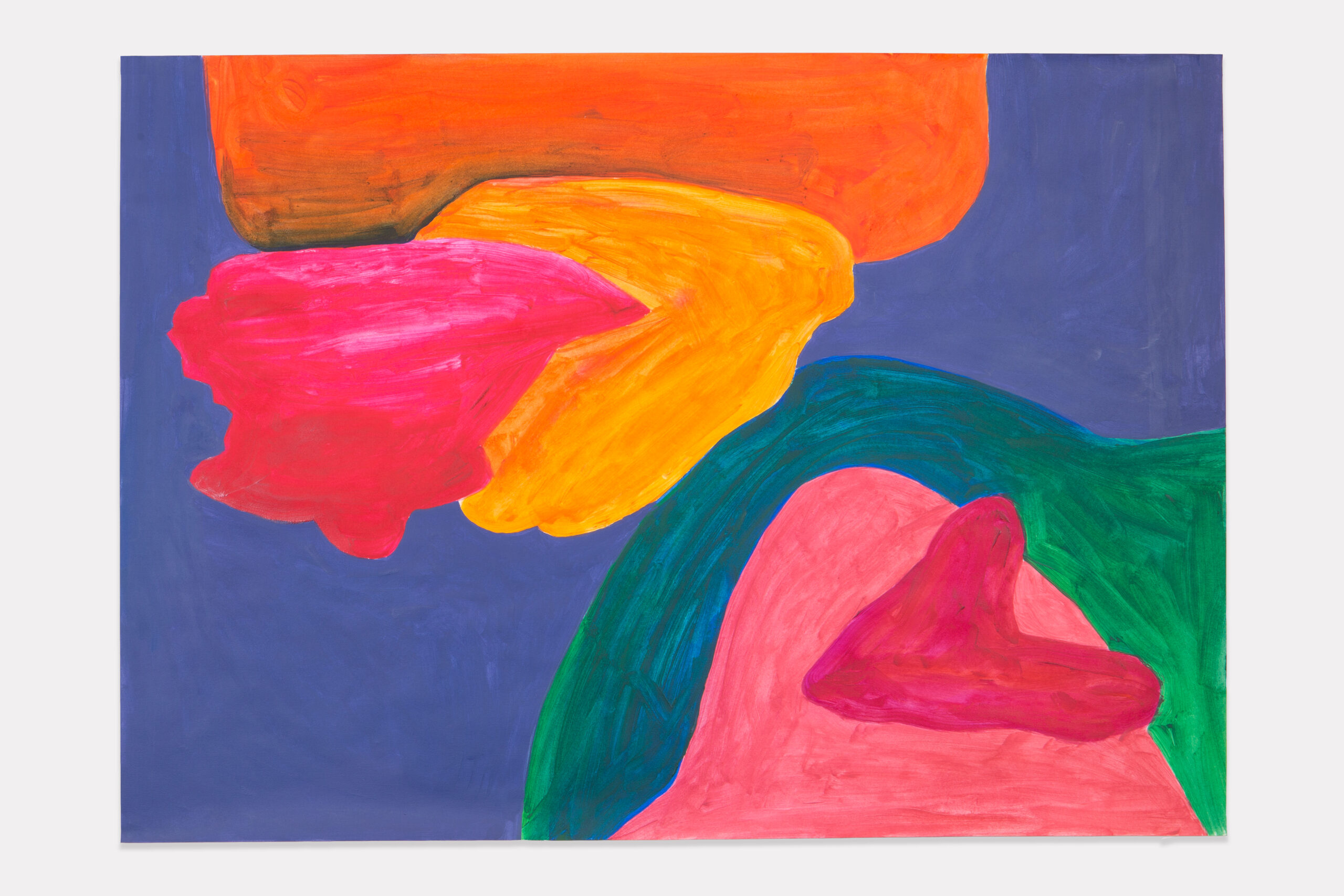 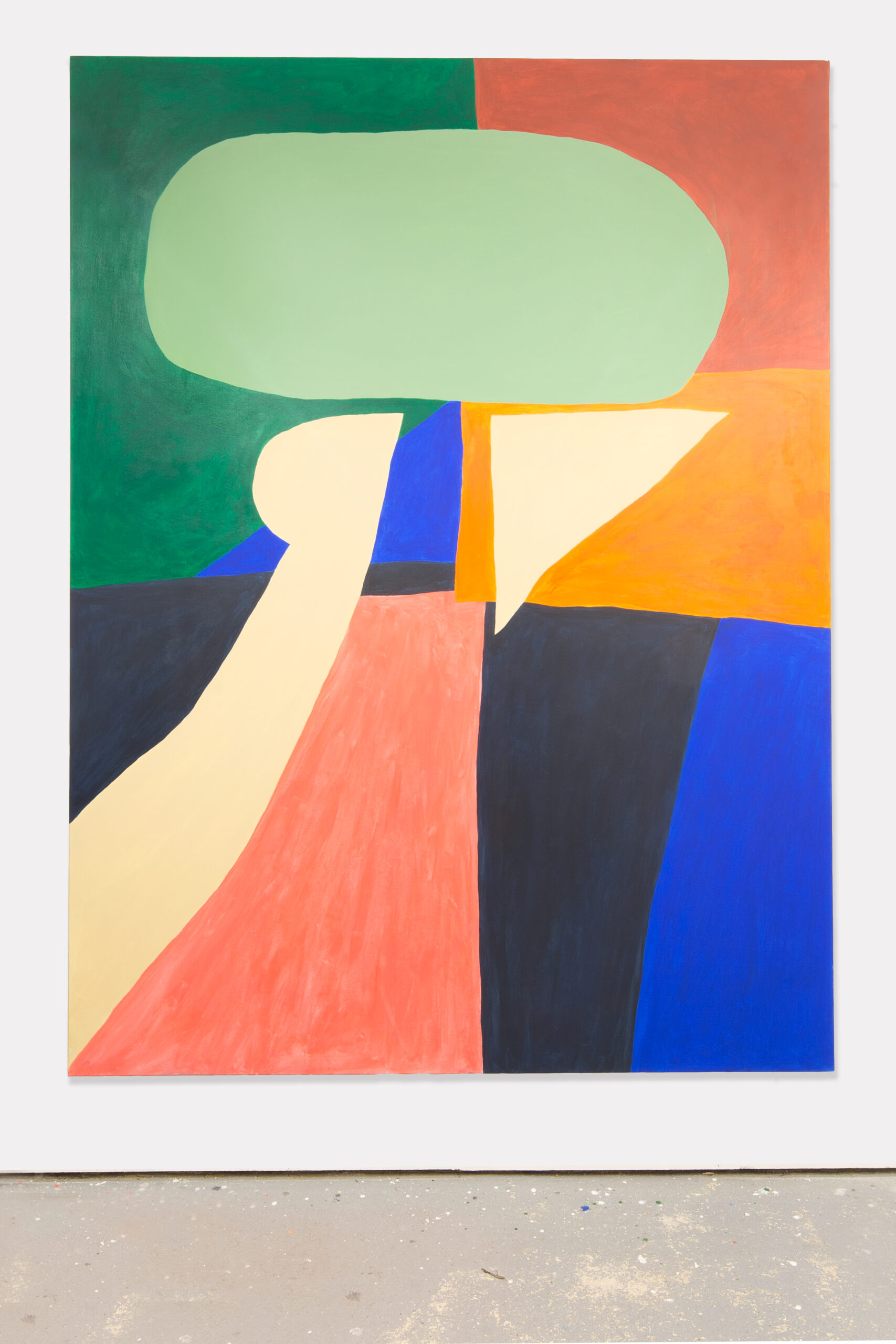 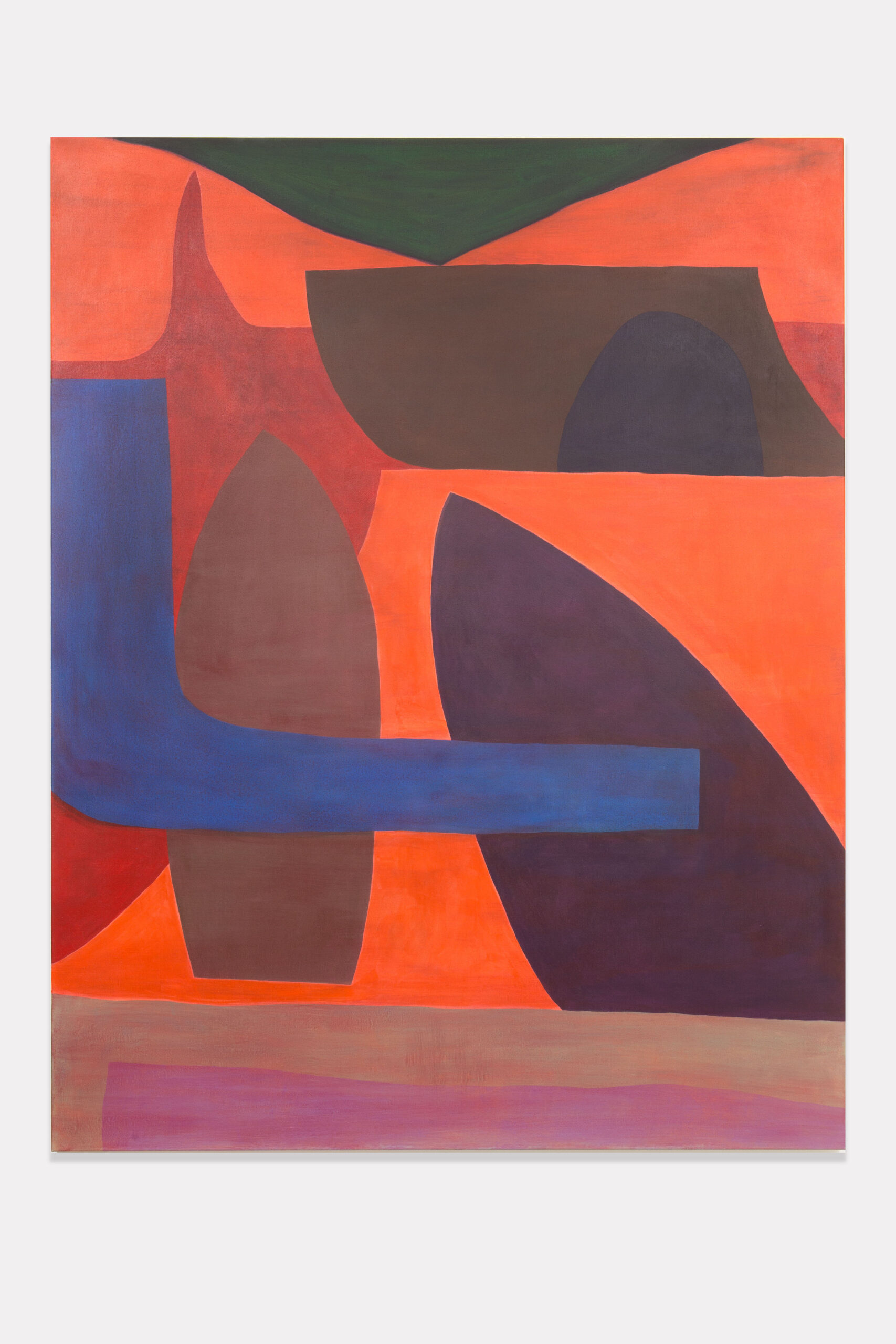 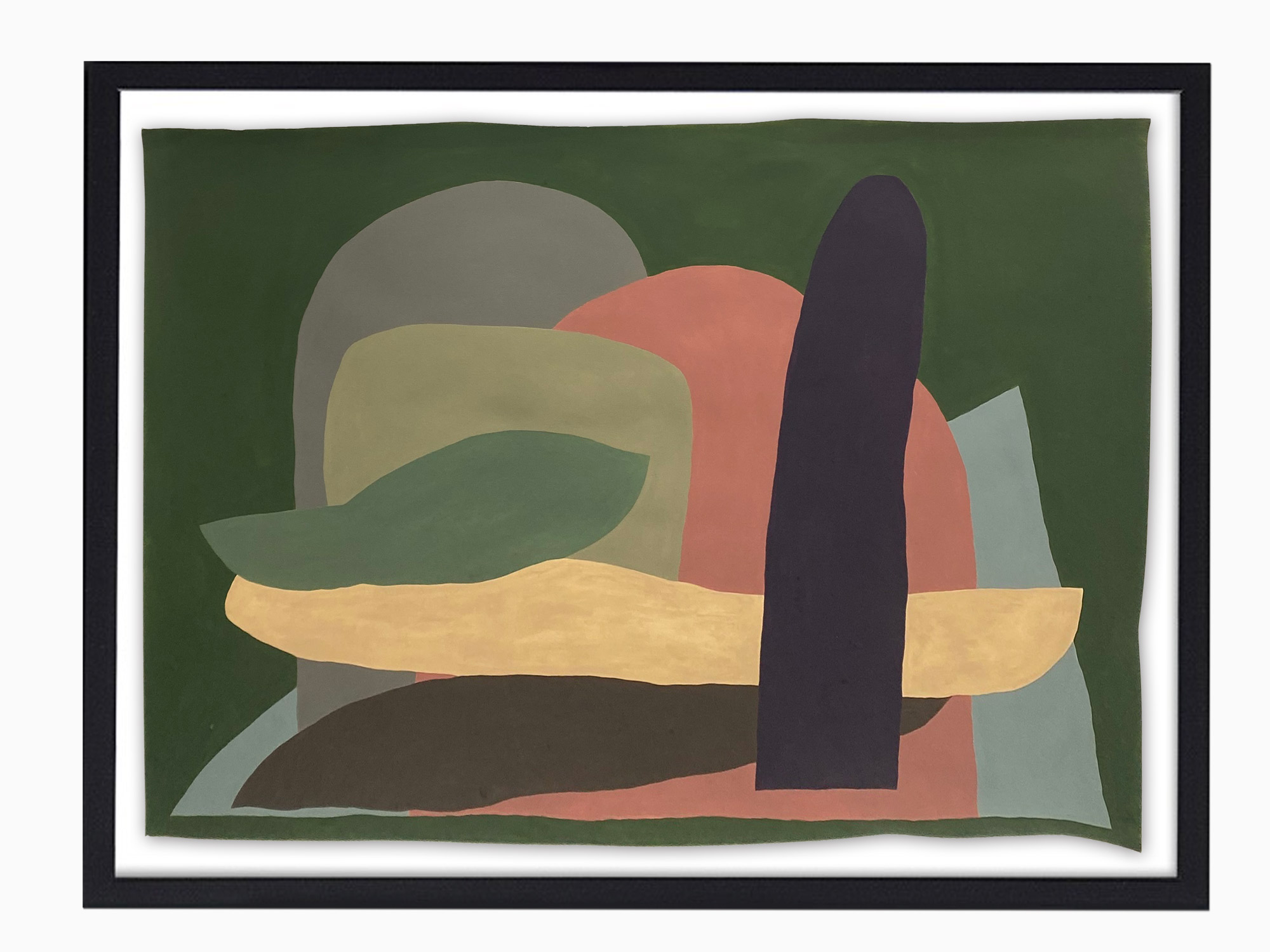 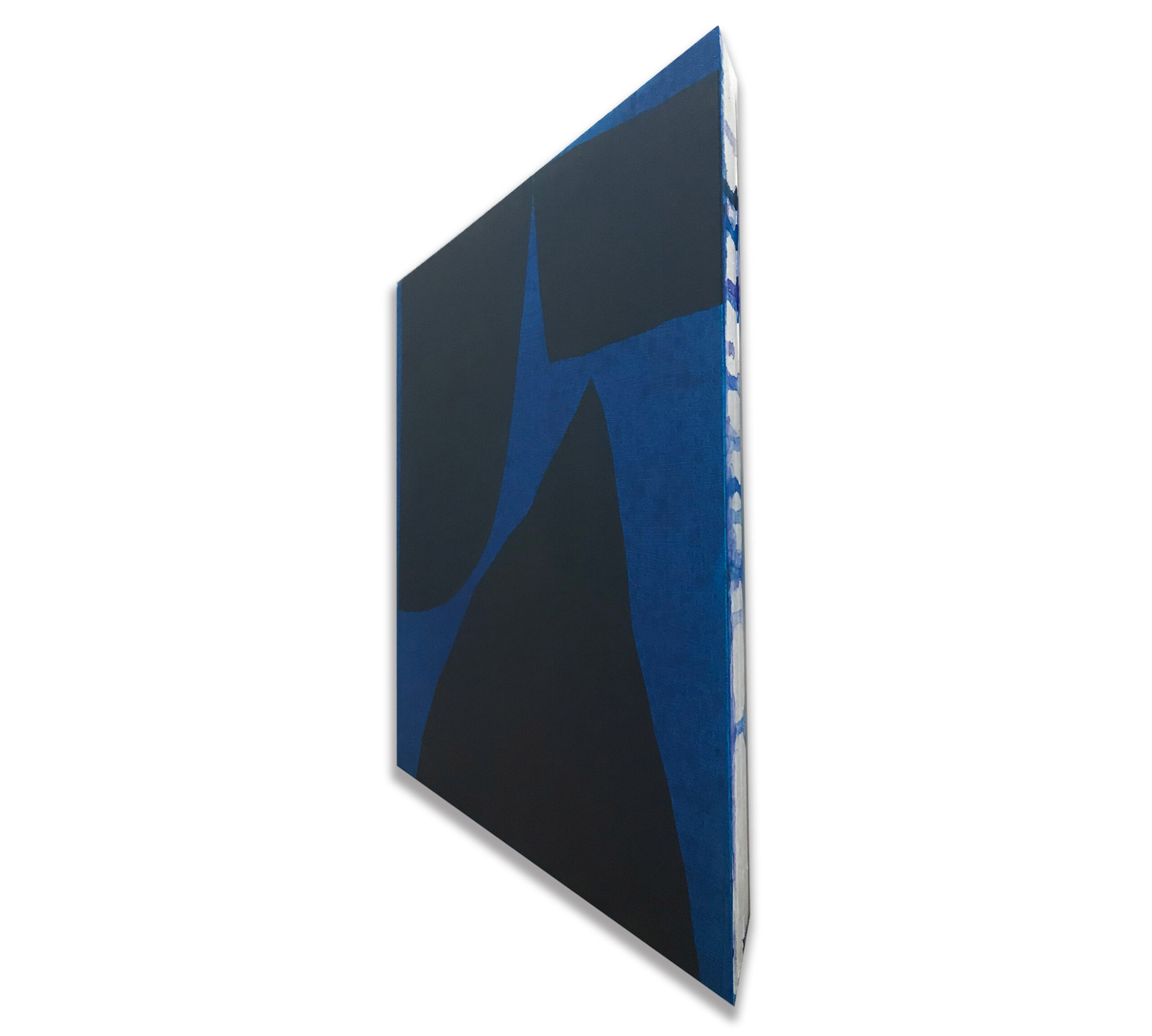 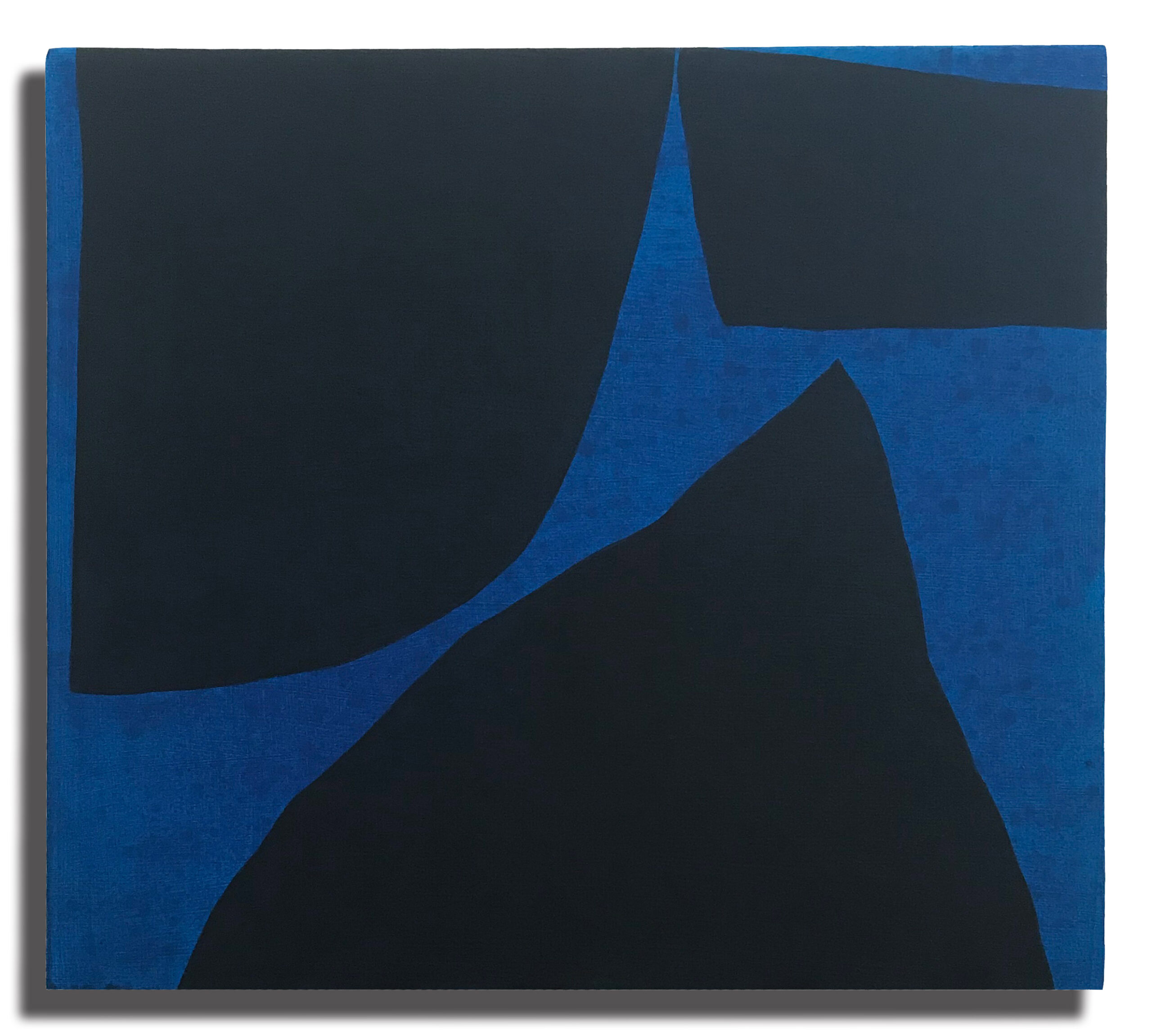 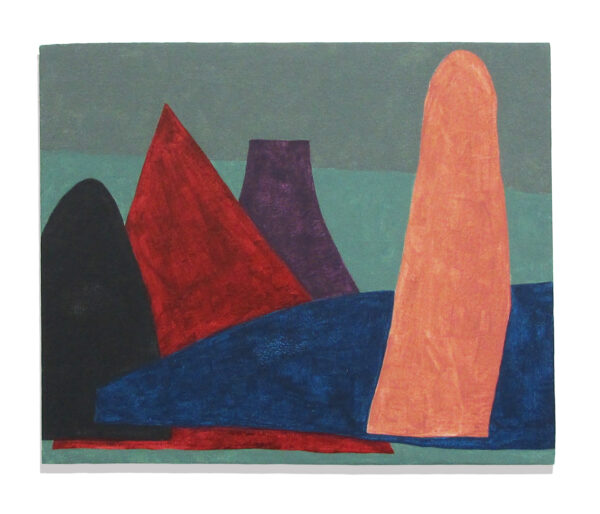 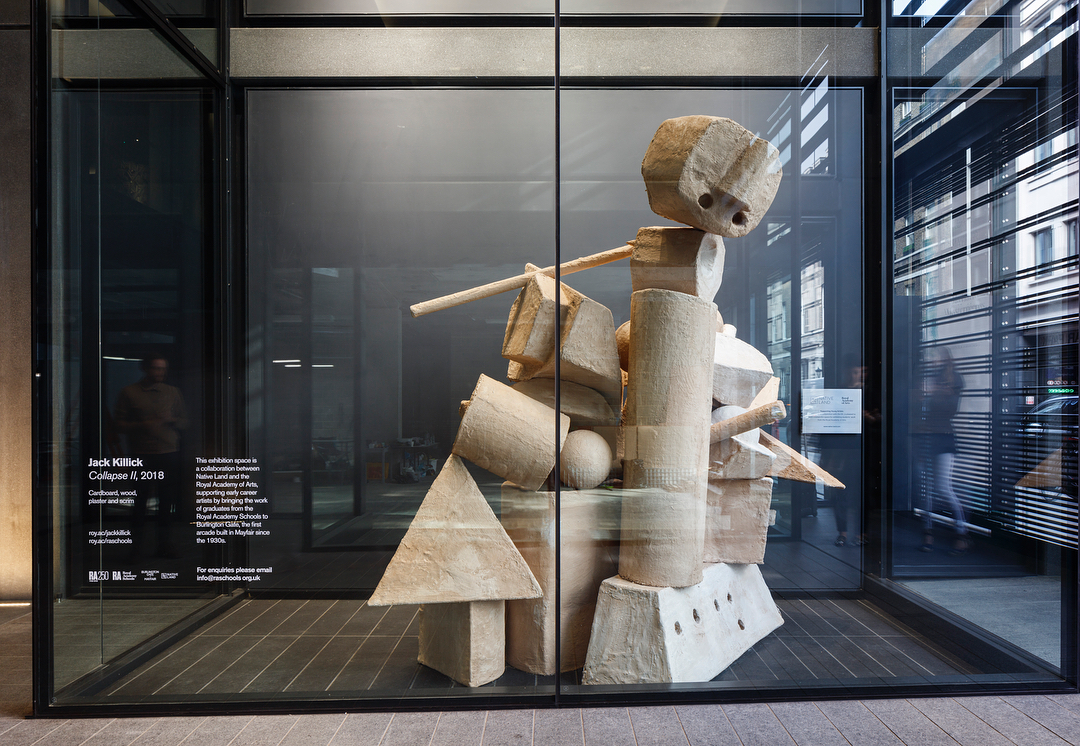 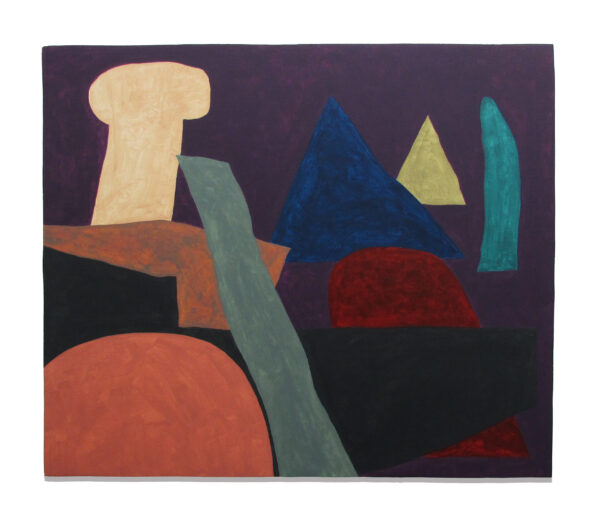 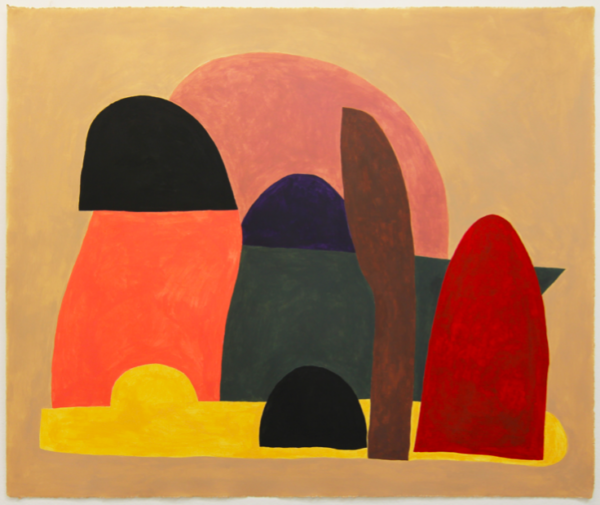 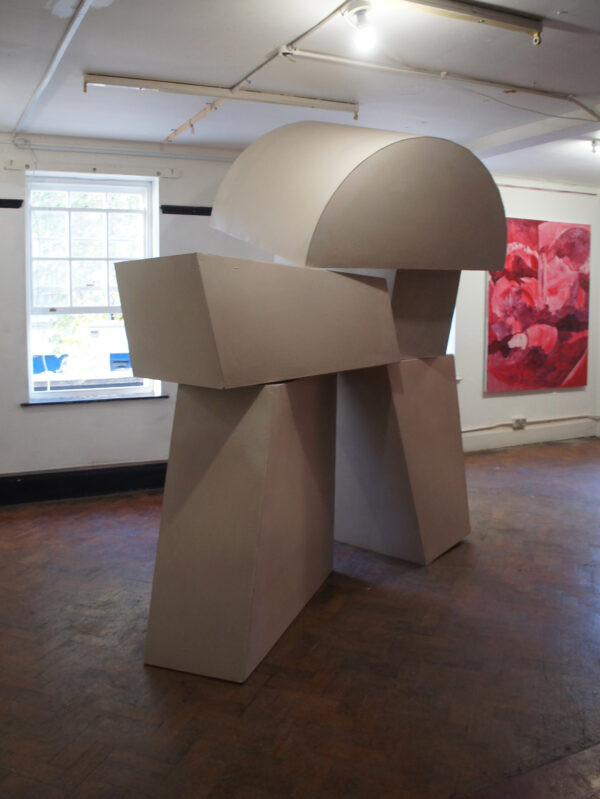 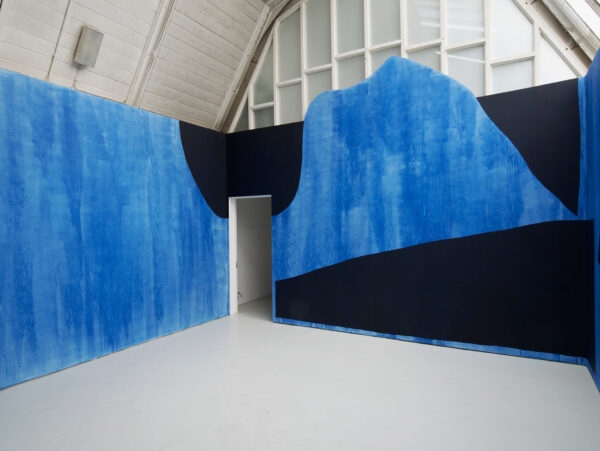