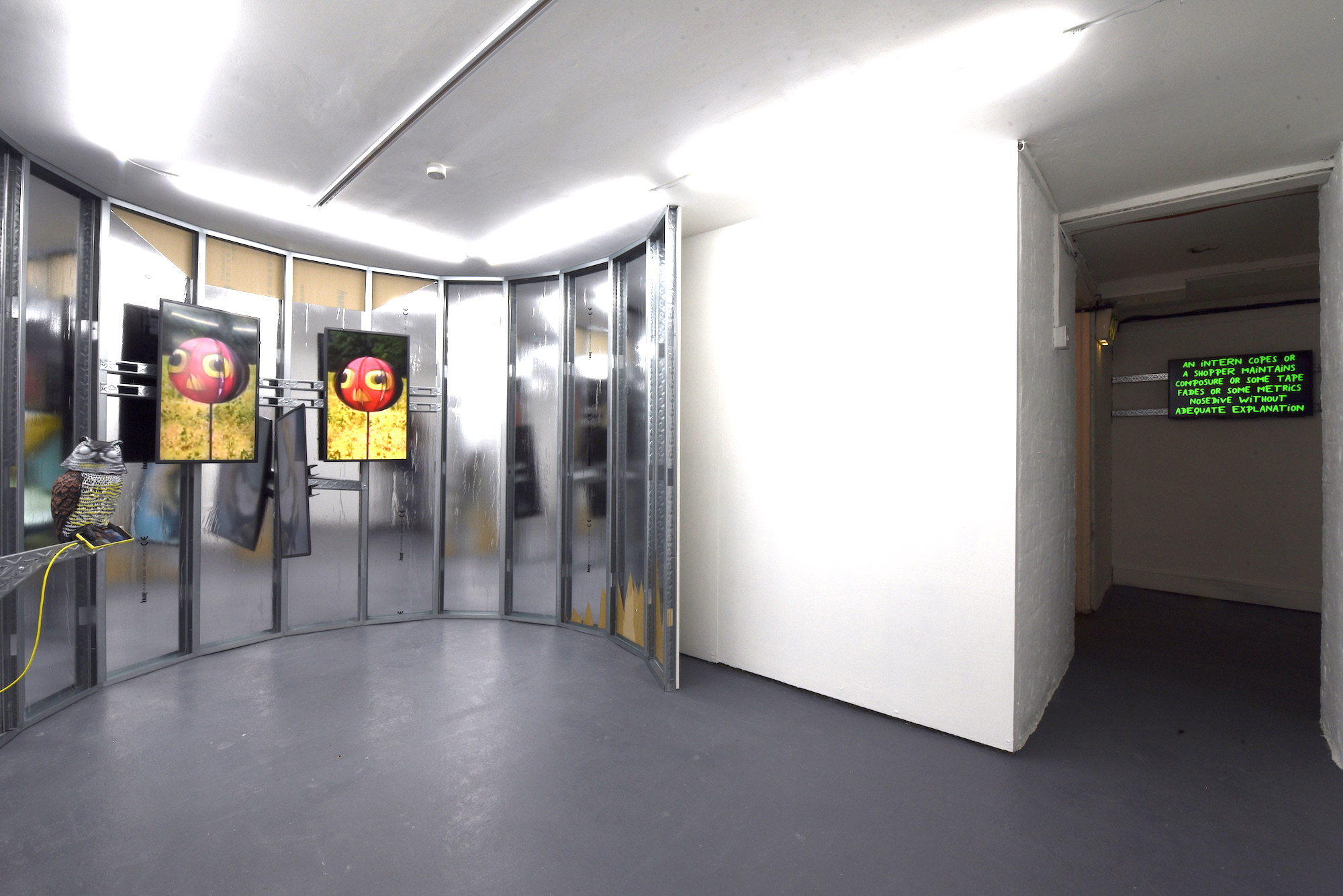 LUNGLEY Gallery is pleased to present An apparition or an interface or a proxy or a withdrawal or a ringer or something a solo exhibition by Benjamin Fitton.

A cheap decoy owl finds itself gifted or encumbered with bare minimal signs of consciousness or something, Arduino blinking in its hole. Inscrutable, perched on a crude metal branch jutting from a wall it shares with a bunch of screens, but distracted by the screens (an improbable owl-face of screens) and probably by you. It appears to have found a screen of its own, which it clutches in unsatisfactory claws, its two-bit sensors struggling to register why those dirty swivel-eye-scarecrow-owls on those owl-face-screens seem possessed by the spirits of the figures in its grip. Juddering from the depths of the internet a dog called London has been tricked into pretending to be a dog called Smoke or something, pretend rescuing pretend wildcats from pretend forest fires for humans to suckle, and soon it has proved itself more human than the humans pretending to be other humans all around it, and so on. Before long it has taken to the sky, its appalling chain of anthropozoomorphic re-fictions or something escalating from between claws and saturating the room. 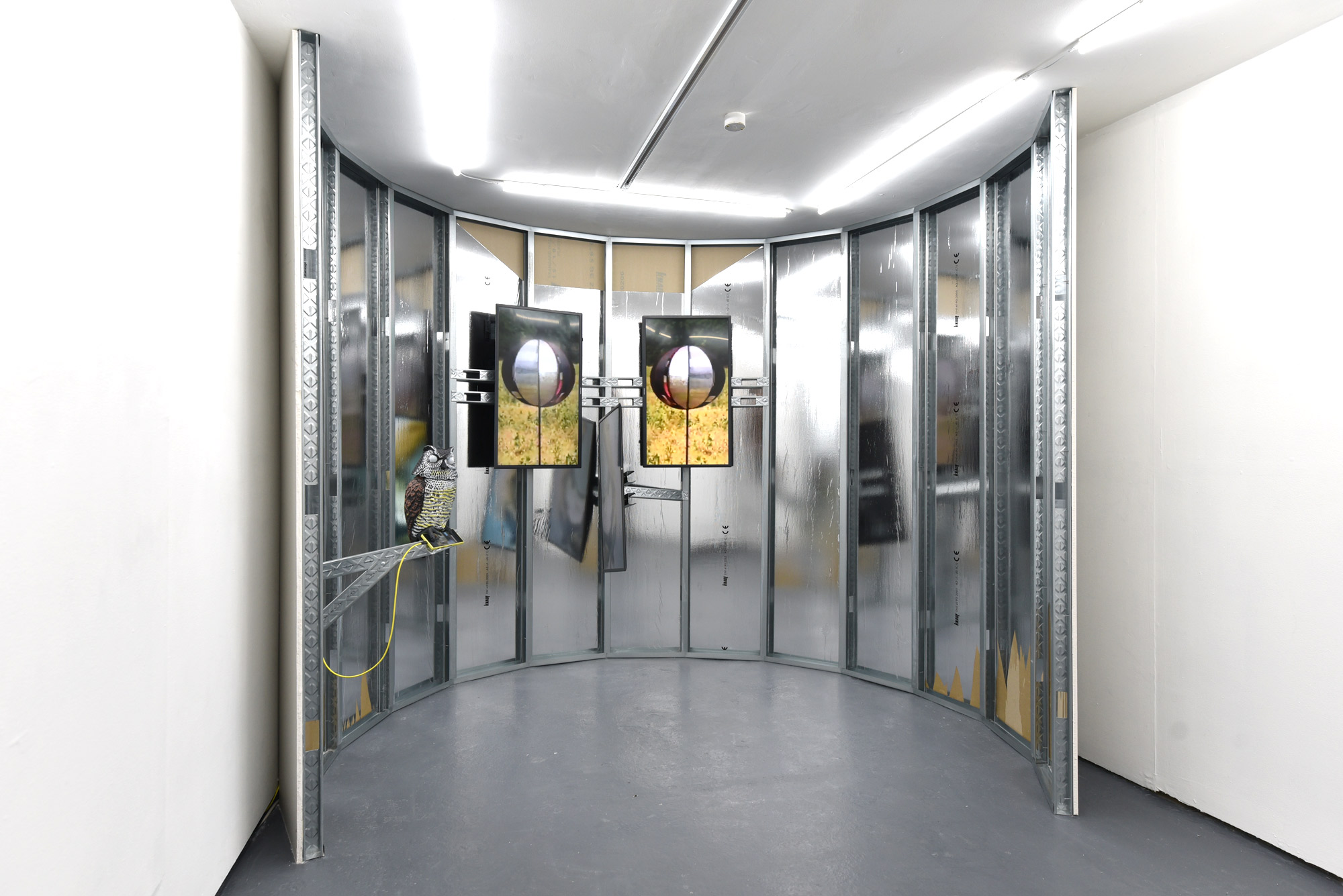 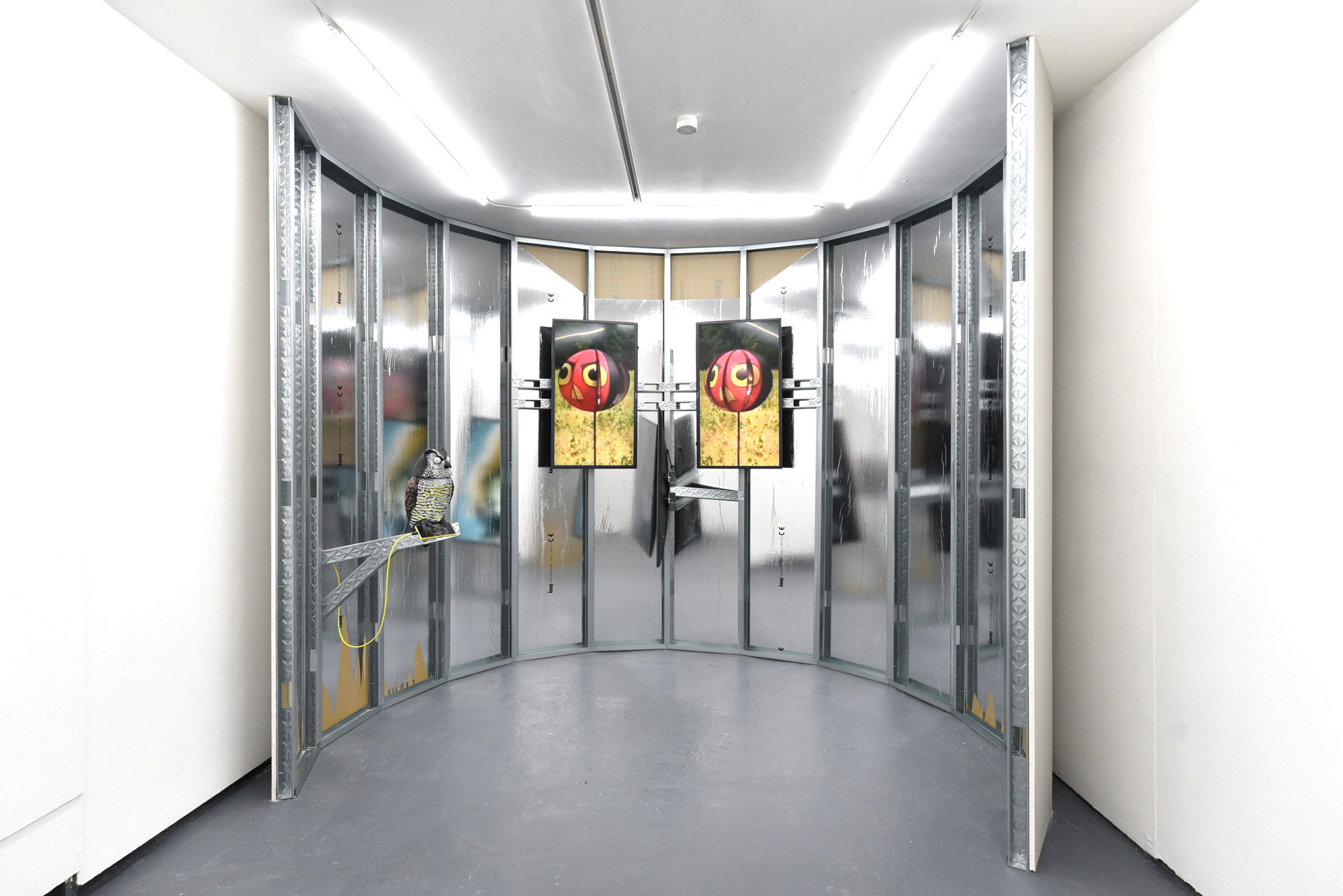 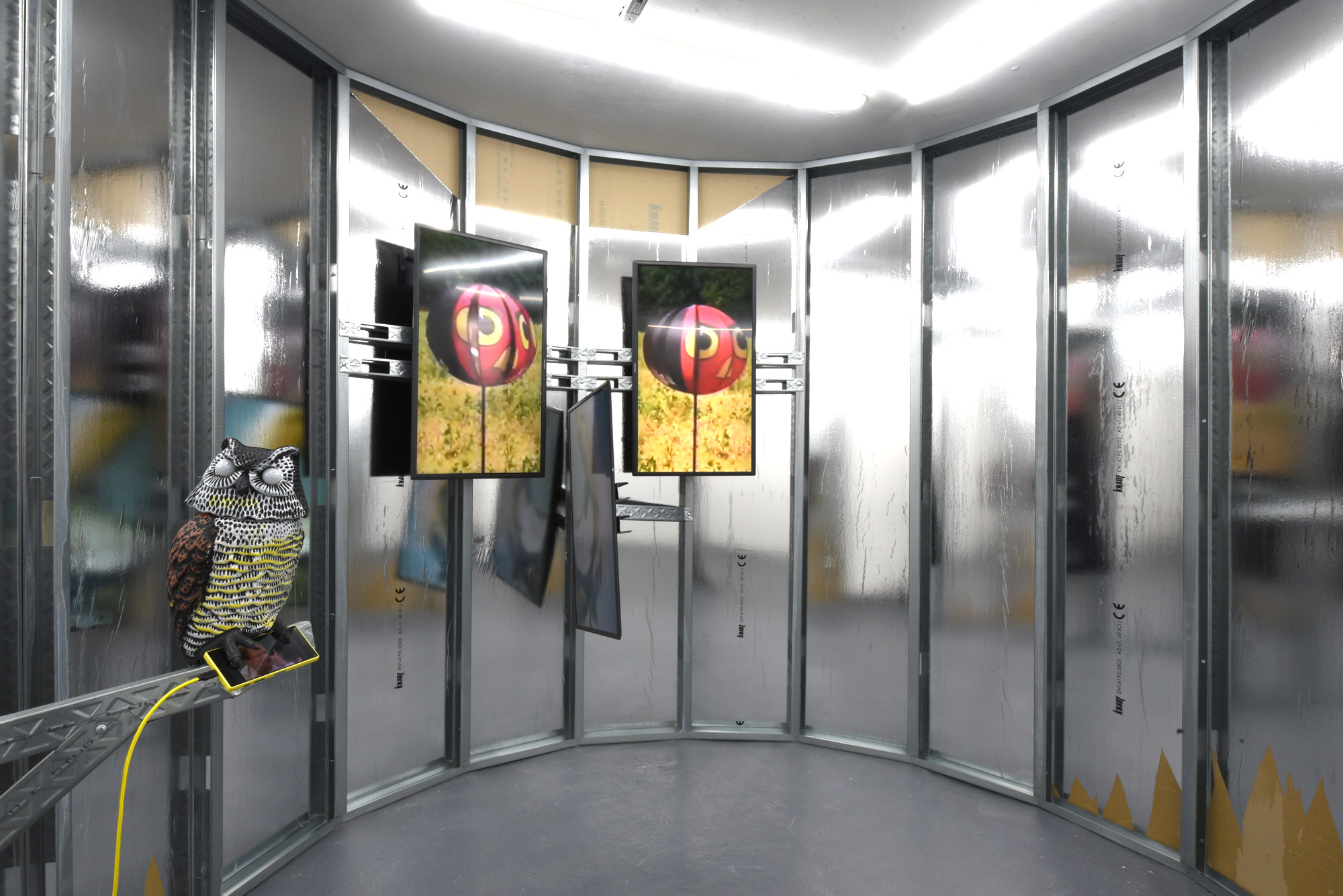